The Gospel procession is noteable in this video of the papal mass celebrated at Westminster Cathedral, London, during the pastoral visit of Pope Benedict XVI 16-19 September 2010.

The deacon goes to the side of the church of the mid-day sun
and from there mounts the ambo
to stand above its empty undercroft,
a sign that “he is not here, he is risen as he said”
and obedient to the command of the angel at the garden’s empty tomb
to proclaim the good news to the disciples,
the deacon stands at the image of the victorious lamb that was slain
and proclaims the Gospel passage of the day.

In this image the empty undercroft is visible. The ambo is clearly located in the midst of the assembly. 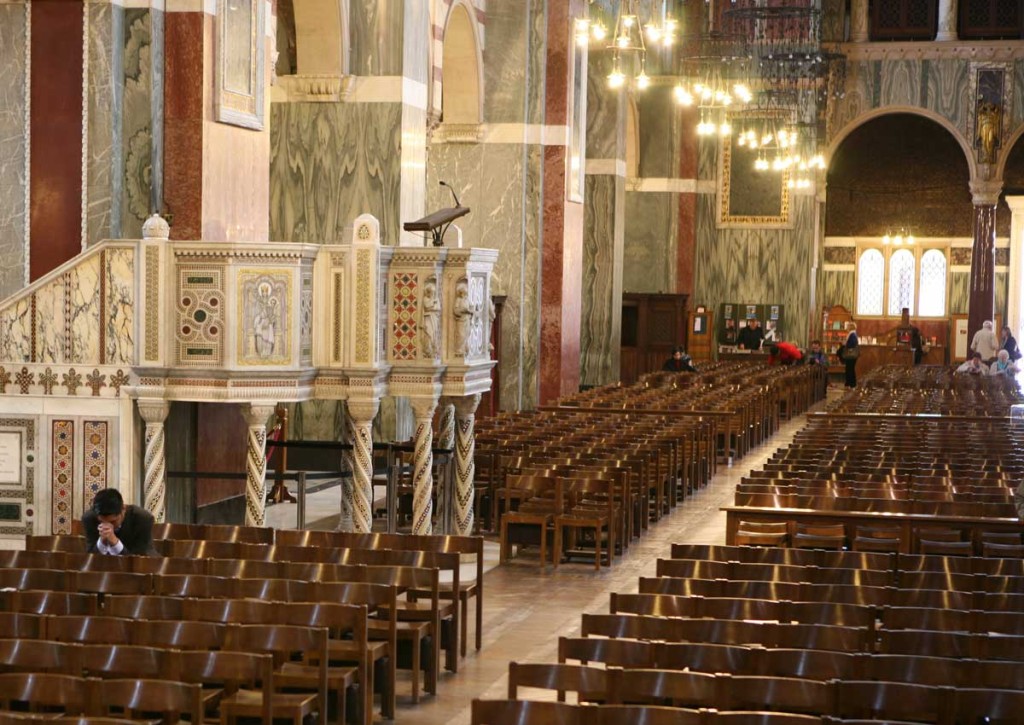 The ambo clearly stands in the midst of the asembly in the  screen shoot below captured from the video of the papal mass. The circle highlights the deacon proclaiming the gospel from the ambo. See a larger image of the following screen capture here.

The distance between the presidential chair, the cathedra, and the ambo is evident in the following image also captured from the video of the papal mass. Pope Benedict XVI is circled to the right in the foreground where he is standing at the cathedra listening to the deacon prclaim the gospel from the ambo in the midst of the assembly, indicated by the circle to the left in the distance. See a larger image of this photo here.

For full coverage of the event go to this page.