This page presents a brief bibliography on liturgical architecture of articles by Daniel McCarthy and James Leachman, along with a brief rational for these publications. 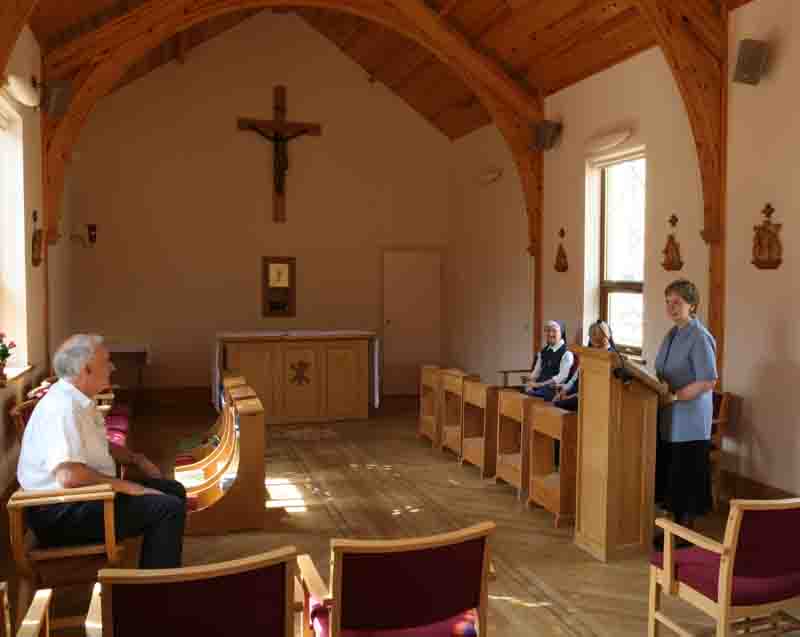 How liturgical architecture supports and sustains a prolonged ritual narrative is the overall theme of a series of monthly articles I wrote for the “Parish Practice” page of  The Tablet of London beginning in December 2011. You are invited to read the following articles available by subscription, which includes electronic access to all back issues and to all of these articles in PDF format.

The articles already written synthesize ritual action and architecture in the hopes that a parish develop its architectural arrangement as a means to supporting a more developed ritual action in the liturgy. By which I do not mean more smells and bells; rather, I intend the ordinary processional character of the Roman liturgy. I wish to support a more developed ritual narration, enacted according to all the dimensions of a church building including the length and breadth and height of the building as well as its natural illumination and acoustics all culminating in an exchange of gifts. Much of my insight is based on and developed from the work of Crispino Valenziano, prof. emeritus of Sant’Anselmo, Rome, whose writing is available only in Italian. Thus these articles in The Tablet mark the debut in English of my reflections on his well-developed ritual – architectural system.

McCarthy, D.P., “An Enfolding Light”, in Dedication of the Abbey Church 6 September 2015: A commemorative issue of Stanbrook Benedictines 8 (Advent 2015) 10-14 (click to dwonload here).

Come into the Light

Many of the following articles are included in the book Come into the Light: Church interiors for the celebraiton of liturgy. An even share of articles by Dom James Leachman are also included in this volume.

You may read a brief article about Come into the Light. It was published in Kansas Monks and can be read here.

On the pre-eminence of Light, Word, Communion. See the following articles written by me or my colleague James Leachman:

Pre-eminence of illumination – the baptistery:

Pre-eminence of Word – the hall:

Pre-eminence of meal – altar and dais:

Monuments: font, ambo, altar. The font and altar were covered to some degree in the above articles. The following consider the ambo:

On the baptismal font as the monument of illumination:

On the ambo as the monument of the Word:

Dimensions of architecture and ritual

On processing along the main axis of a church toward encounter:

On the setting sun, the last judgment and the reign of God: the façade inside and out:

On the vertical dimension: the axis of the world : Axis mundi:

On the three axes: a synthesis:

On the ministry of presiding from the chair:

On the sacramental nature of liturgy reflected in liturgical architecture:

Church arrangements: These concern how various elements of the liturgy and so of architecture interrelate.

Two part structure of the Eucharist:

Standing around a central altar: the church as icon:

Our other publications on liturgical architecture include the following:

HALL: On the ministerial nature of the assembly:

AMBO, Monument of the resurrection:

The following contains photos with descriptive captions of the ambo at Santa Sabina, Rome:

McCarthy, D., “One Body, Many Ministries: The Presidential Chair in the Liturgical Assembly”, Environment and Art Letter 17 (2004) 20-24.

PROCESSIONS: on the double procession and encounter with Chris (as mentioned above)t:

WHAT OTHERS SAY ABOUT OUR WORK;

Sr Laurentia Johns mentions the two presentations I gave at Stanbrook Abbey, Wass, on 12-13 September 2011 treating the theology of the ambo and altar-ciborium. in , Listen  Stanbrook Abbey friends’ newsletter, (Advent 2011) 4.

Here is another link to several of the volumes.